Volunteering at World Orienteering Championship in Estonia20 July 2017Next 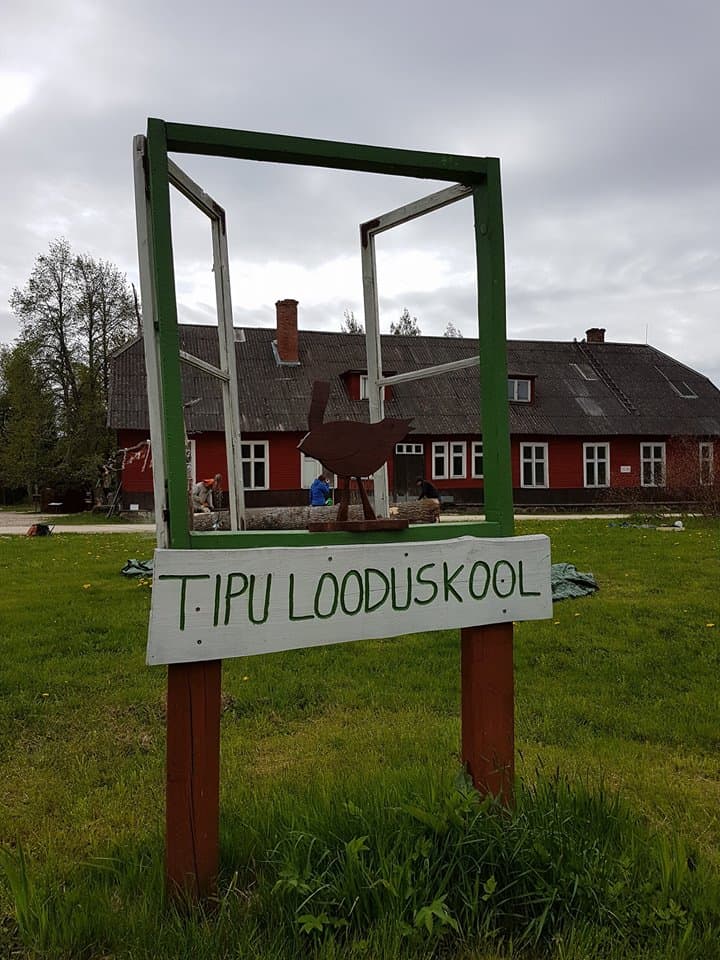 I am Esther, an EVS volunteer from Austria who is working in SA Perekodu, an institution of different departments for children with various mental and physical disabilities which is situated in Viljandi. Mostly I am spending my time with the smallest children in the kindergarten. For my initiative project, I decided to organize an excursion to the Tipu nature school in Soomaa National Park. 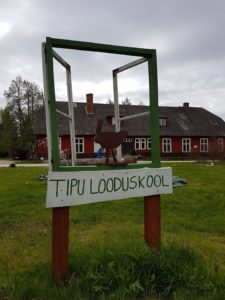 The main idea behind the project was to arrange some interesting diversity for the children that the institution can’t provide regularly since there is always a shortage of money and time. Furthermore, through this project, I wanted to offer the children the possibility to get in closer contact with the nature of the country they are living in, to experience it with all their senses and of course to have fun. I decided to cooperate with Tipu nature school, who is organizing different programs about nature and environment for children. While considering the children’s limited abilities (most of them are strongly autistic) we were figuring out an appropriate program for them. Finally, we chose the so called “Kaisukaru” which is based on the topic, what animals and bears in particular need to live and survive in nature.

After setting the time for the trip and organizing the transportation it turned out to be a cozy small group of five children from the kindergarten. Before the excursion, the children received a letter from “Karupealik Karl” who invited them to visit him at his home in Soomaa. Also, he was asking them to bring one of their teddy bears with them. After arriving in the nature school on the excursion day we met our trainer who was leading us through the program which included the following activities:

1. The trainer was telling a story about bears living in the forest supported by lovely self-painted pictures. 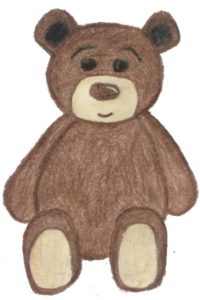 2. The next part was an interactive activity, where the children got the possibility to explore and getting to know the surrounding nature in use of all their senses. Through different tasks, they were asked to find specific colors and shapes in nature.

3. Afterward, we played a game, where each child got a role: one bear and the others represented necessary things the bear needs to survive: air, food, water, and a home. The bear had to collect all the items in order to bring them in his cave. 4. The trainer was describing and playing a situation where human beings are interfering with nature/the bear’s living space and getting used of its resources. The children all dressed up as bears had to run away from a forester who was a tree with a chain saw. 5. Next, we were all together building a cave out of wood for all the teddy bears that the children took with them. After several attempts (the children had fun to destroy it from time to time) we were managing to build up a little home for all the teddy bears. 6. Last but not least they had free time in the territory of the school, which is not only surrounded by beautiful nature but also owns some animals: chicken, rabbits, goats, beehives and plenty of insects which were attacking us. While exploring the area, feeding the animals and not getting tired of climbing up and down a small hill the children became more and more vivid- it was quite challenging to convince them to leave and go back to the kindergarten afterward.

As a summarize I can say that it was an interesting and funny morning with the kids. We had very sunny weather and I got the impression that we all really enjoyed the time they could spend there. However, while working with little children and especially with the ones who have different attention deficit disorders and strong forms of autism, in general, you can’t expect that everything will work out as planned. Indeed, the children were quite overwhelmed of all the given instructions during the activities and needed some time to understand and follow them. One boy was even screaming and running away during the activities because it was too much for him. Another issue was that except from one girl in the group all the children usually don’t speak. That’s why we had to encourage this one girl to speak and answer whenever the trainer was asking those questions. Even though the instructed program was a bit too much for them and I am not sure how much they really got from it, they became even more creative and vivid after the official program during their free time. They found their own activities, enjoyed to be with the animals and outside in nature. 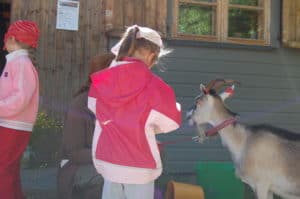 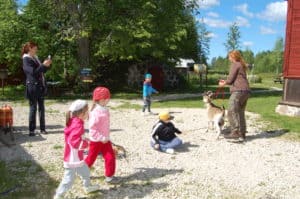 Esther Wiener Withalm stayed in Estonia for 10 months within the project ”Care to Make a Difference II” which is funded by Erasmus+ European Voluntary Service program.