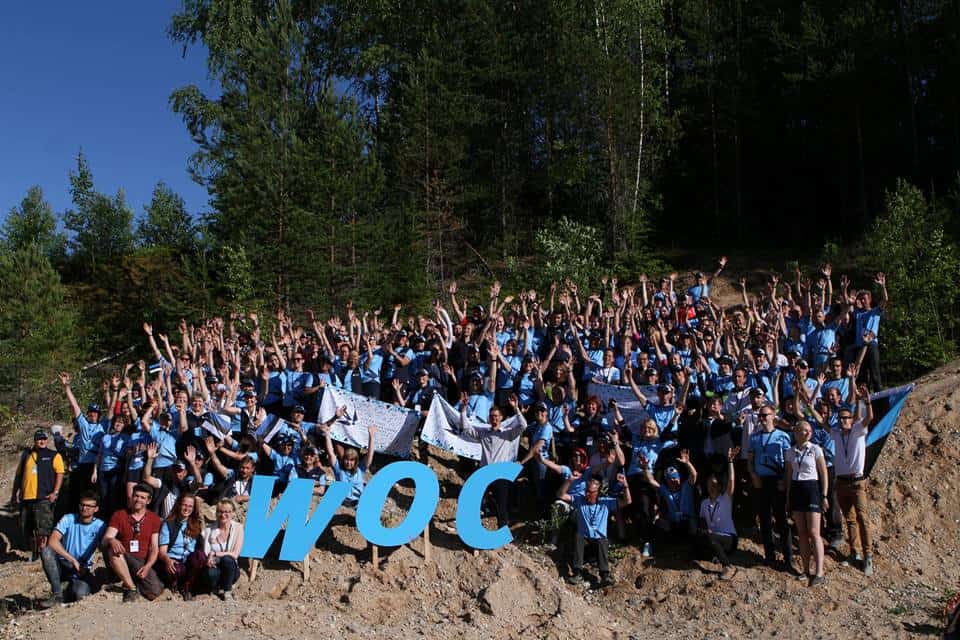 How much do you know about orienteering? Competitors who came to Tartu, Southern Estonia, in June definitely know a lot as they got there for the World Orienteering Championship (or shortly, WOC 2017). It was quite an event – local organizers and nearly 500 volunteers from 20 different countries teamed up in order to make this competition unforgettable. And that’s what they did!

EstYES held a workcamp based on this event, hosting 19 participants from 10 countries, which seems to be a drop in the ocean of WOC 2017, though we did our best to pitch in. In many ways it was not a regular workcamp, where volunteers have a particular task with fixed schedule and can plan their time in advance, but we still tried to bring the same philosophy into this unique one. Seems like it worked out just fine. 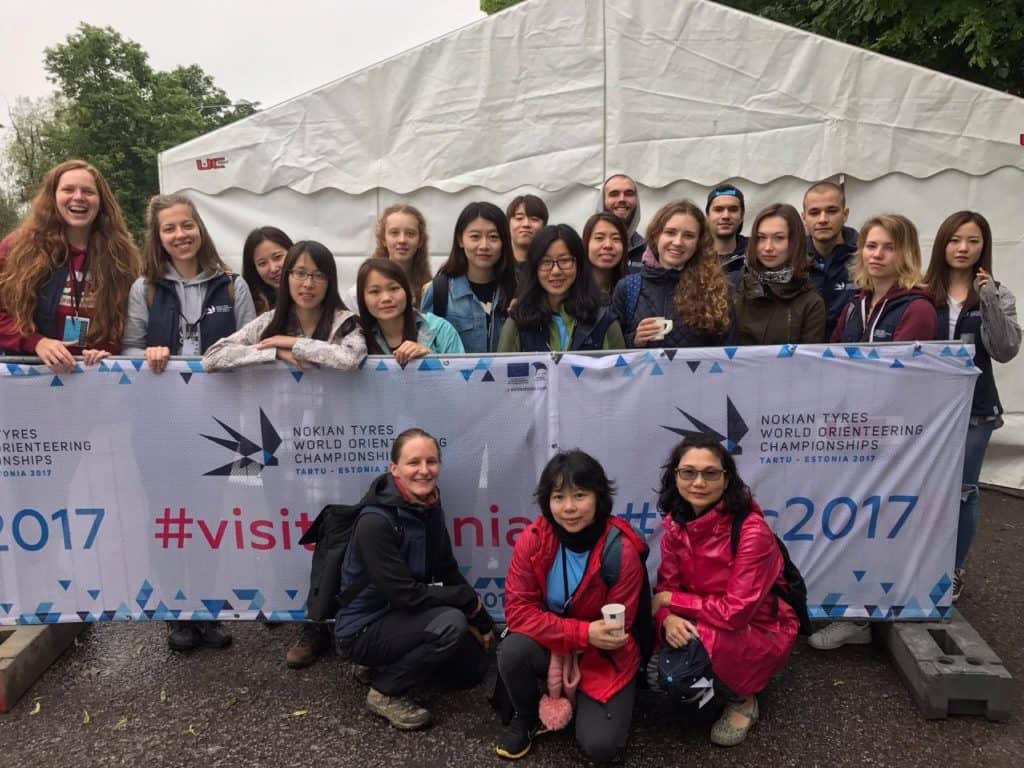 We lived in a year-ago renovated gymnasium, imagining we were camping.. but in the school, where instead of gathering around bonfire, we could sit down in the lobby all together, playing board games or chatting, or chill in the lounge area, or read a book in the library – everyone could find something to do in that simple but cozy accommodation.

Participants of the workcamp keenly felt the importance of championship for entire Estonia and always put needs of competition in the first place, being totally flexible with schedule and types of work. Within this rather short period of time we were helping with constructing and deconstructing, checking badges, moving fences, guarding control points, pouring drinks for sportsmen, etc.

We were extended a courtesy to carry flags and country signs on the WOC opening ceremony, which was quite short but really nice and even President of Estonia has attended! Loud music, joy and fun were included.

Competition began in Tartu, the second biggest city of Estonia, which is also called “city of good thoughts”. Despite the pouring rain, we managed staying outdoors for hours, even though it was challenging for our participants who came from warm countries and were not used to this kind of weather.

Next competition days were held in Viljandi, Rõuge and Vitipalu – fascinating rural areas of Southern Estonia. Viljandi is charming you by its ruins, nice architecture and amazing landscape. Lake view in Rõuge is making you feel relaxed and peaceful. Forest of Vitipalu is getting your head spinning, while you’re inhaling fresh air with that sweet scent of pine trees. For our participants it was a great opportunity to take a break from their big city lives, get closer to the nature. 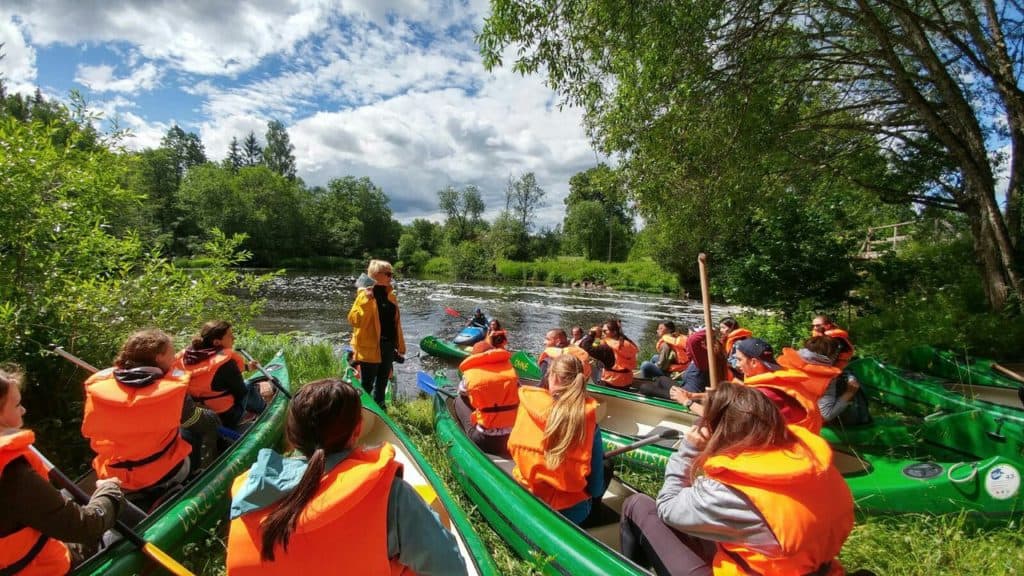 We had a chance not only to see lakes, meadows, forest on those locations and watch the championship, but also to participate in races of Estonian Orienteering Week – competition for non-professional runners. All you need is just to choose a category you want to compete in, grab a map and go, go, go!

One of our days off we took a tour into the bog and could explore the genuine beauty of Estonian nature with all its plants, berries, trees and birds; learned about the way bogs form and sustain; and climbed a tower to observe the surroundings.

Next day off we got a real adventure – canoeing in the river which flows from Estonia to Latvia. It was 7-km-long trip where we crossed the border; faced fallen trees and plenty of curves, shallow water and hidden branches. Five hours from the start, the final destination was reached by exhausted but happy volunteers; most lucky ones even met a baby deer on their way!

Workcamp isn’t only about work, but mostly about meeting new people and cultures; having time and chance to discuss lifestyle of one country or another, get to know traditions different nations have, realize that there’s good and bad in every single region, broaden horizons and, of course, break stereotypes.

If you are still thinking either go to Estonia or not, being afraid of totally unpredictable weather or any other reasons, please trust me – workcamps in Estonia are worth the challenge!