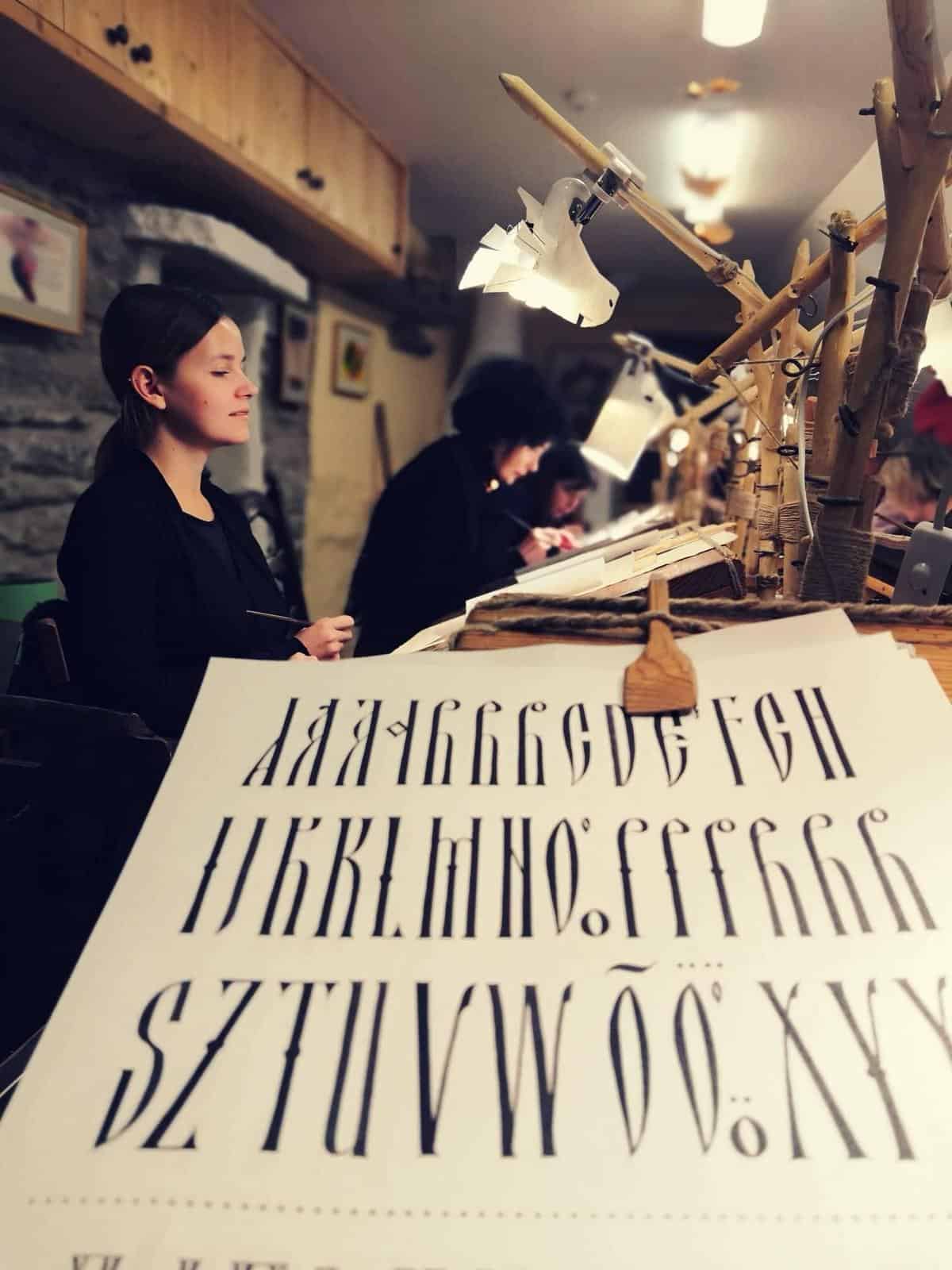 Ksenia is a 24-year-old from Ukraine, who is a volunteer at Ukrainian Cultural Center in Tallinn. Her friend recommended volunteering. After she graduated art academy, Ksenia decided to become a volunteer to understand how she wants to develop further, what to do and where to live. She decided to come to Tallinn because of her friend who had moved there and suggested Ukrainian Cultural Center. She has now been in Estonia for 7 months. EstYES did an interview with Ksenia about her impressions of Estonia.

Estonian cuisine has become my discovery and continues to amaze me so far, but perhaps I was most surprised and impressed by such a national dish as bread soup, probably because before arriving in Estonia I didn’t even suspect that there could be such a soup for dessert. I tried this dish for the first time at work and when I watched the cooking process, I couldn’t even imagine that ingredients such as rye bread, raisins, apple juice, cinnamon and whipped cream can have a refined taste! I think it is with such an Estonian dish that I would like to surprise my family and convey the taste of Estonian cuisine as I imagine it.

If you could have a dinner with an Estonian celebrity, who would it be?

If I had the opportunity to have dinner with one of the Estonian celebrities, then I would like it to be Edward von Lõngus – one of the most famous street artists in Estonia, whose works can be seen on the streets of Tallinn, Tartu and throughout Europe. This street artist works in stencil technique like the world-famous artist Banksy and also doesn’t reveal his real name, working under a pseudonym. I, as an artist, would be incredibly interested if this meeting took place, but I’m even afraid to imagine how unlikely this is, because as a real street art artist, he hides not only his name, but also his face and his identity.

Perhaps my answer will seem a little strange. “Nii” – a word with which you can dilute the atmosphere, start a dialogue and finally feel like a real Estonian. As for me, this is the most used word, which I immediately began to use in my speech because of its simplicity.

I like Estonian nature completely and in all its manifestations, but the most I love about it is its expressiveness and, to some extent, even wildness. As soon as I arrived in Tallinn in the early days of September, I was amazed at how many greens and bright colors around. I was struck by the beauty of the Estonian forest, the diversity of all types of vegetation, animals and birds that you can meet. I was also delighted with the Baltic Sea, which cannot be compared to any other. It was here in Estonia that I began to think about how great the power of nature is and that all of us people should protect it and love it the way it is done here.

This question is not so easy to answer. There are certainly many places in Estonia that I dream of visiting, but most of all now I would like to get to Saaremaa, as a place with a huge number of attractions, but mainly because of the concentration of Estonian nature and its beauty, which the strength of its location received its isolation and remained untouchable, more wild and vibrant.

To the question of what surprised me in Estonia, I can answer endlessly. Before starting my project and moving to Estonia, I wanted to put together a more or less general idea of ​​this country and I had a lot of time for this, about a year I planned to become a volunteer, I read various articles, watched programs and videos dedicated to the culture and peculiarities of this country, but upon arrival here I nevertheless, like many others, suffered a cultural shock.

The first moment, as I said earlier, was the beauty of the local nature; surrounded by the local nature, you begin to feel more free and more independent person. The next pleasant surprise was the city of Tallinn itself. This is exactly the space that can inspire with its diversity, this is a city that you can’t get tired of, and after 7 months of my stay here I still don’t cease to feel aesthetic pleasure every time I go out of the house to the street. But the biggest surprise I had was Estonians themselves and how they live. From the first days of my life here, I felt a huge difference in the attitude of people towards each other, in how calm and at the same time confident they do the work and live, one feels moderation and harmony in everything. I was incredibly happy to observe the presence of personal space and personal boundaries for every person living here, and in my opinion this doesn’t mean unwillingness to communicate with the outside world, it is more about people’s respect for each other and fear of violating these boundaries of people’s comfort. From the first days of my stay here, I felt as happy as possible as I was surrounded by beauty in everything: in nature and the urban environment, in people and their actions, and this joy and feeling of gratitude for being here now and I can experience happiness from all that beautiful that I already managed to get here!