Our EVS volunteer Anne Schiffers has been a role model for many others, making her voluntary service meaningful and impactful. This spring she decided to create her own initiative project and build a Barefoot Path in Uuemõisa Kodu. Read more where she got the idea and how through cooperation she made it happen: 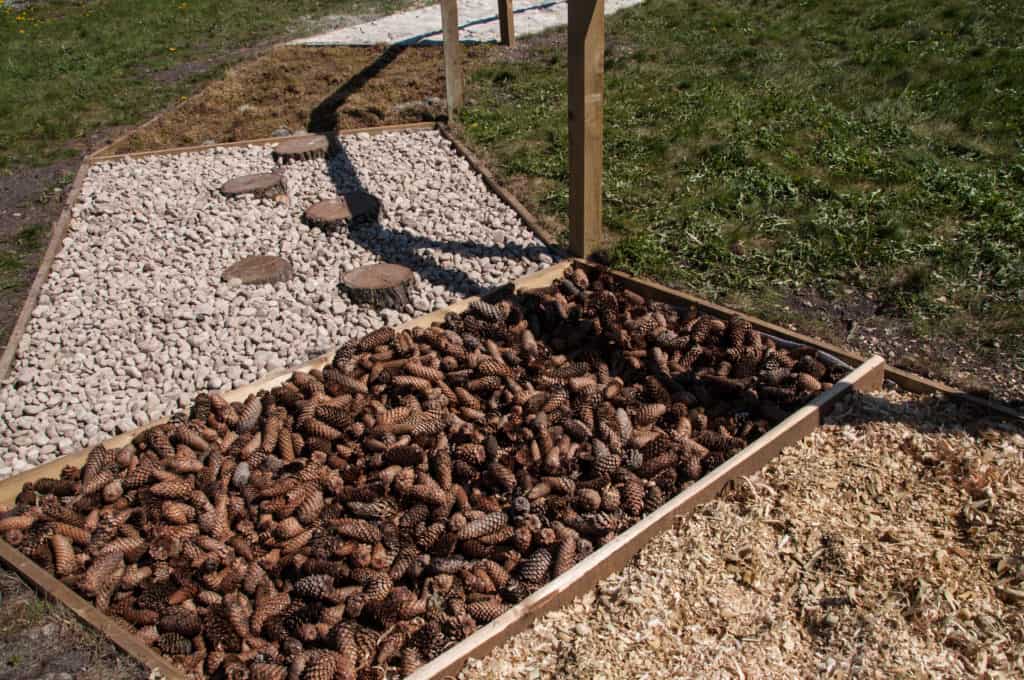 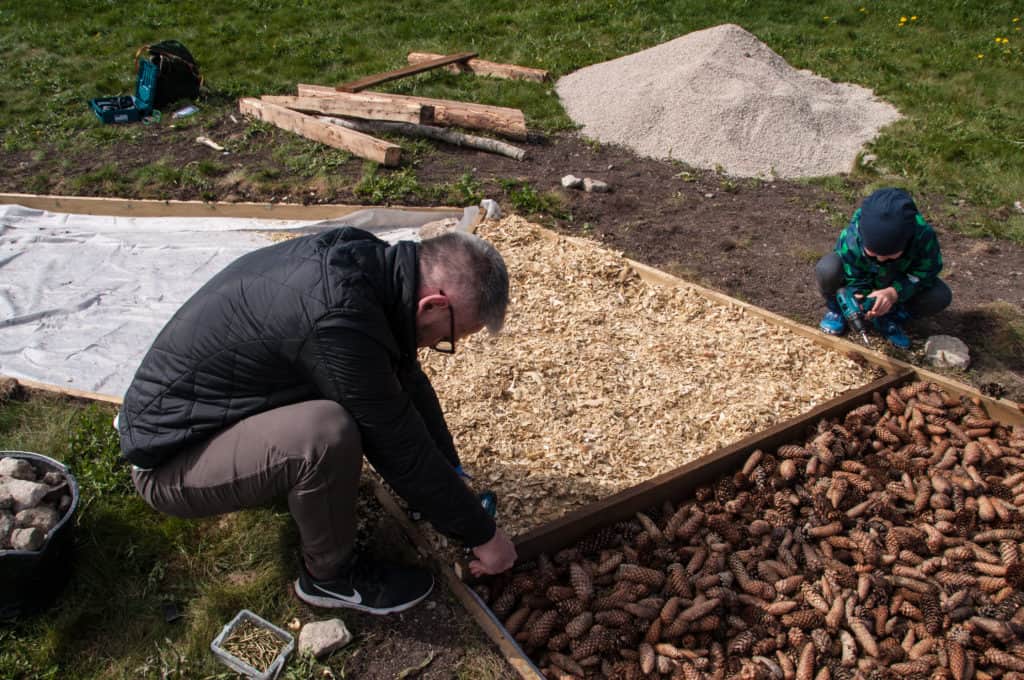 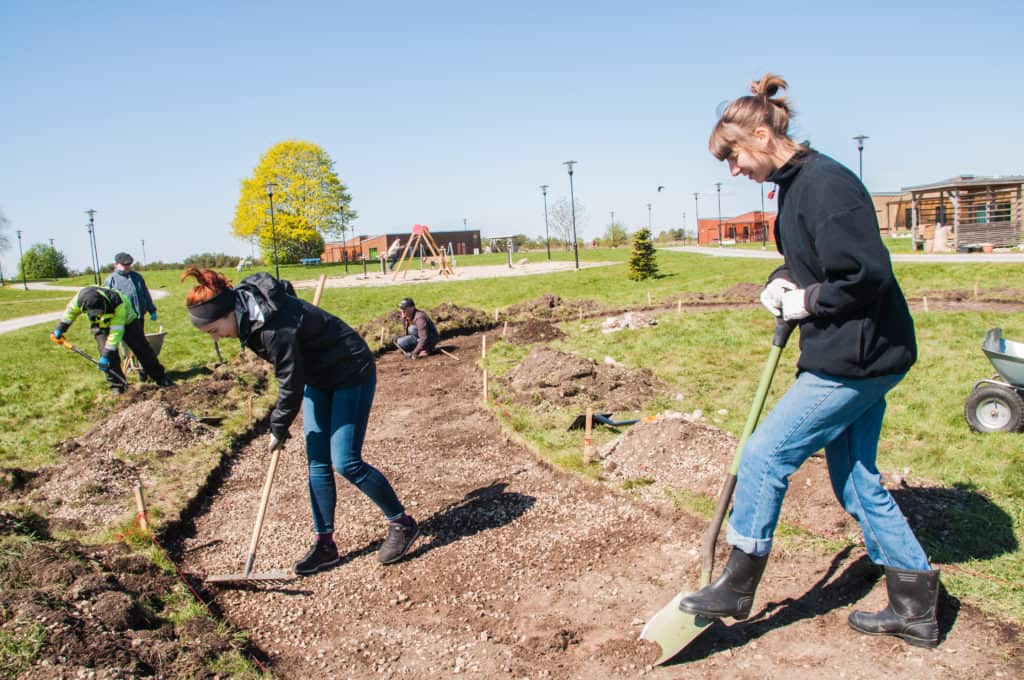 “The idea haunted me for quite a while. Since my on-arrival-training to be accurate. When we were cross-county-skiing at the mid-term evaluation training, I was still thinking about it. I wanted to do something very profane: to make the inhabitants of the institution for people with special needs, where I work as a volunteer, to go more barefoot. I wanted them to experience different materials in a new way, to improve their posture and feel their body parts. Additionally, I wanted to give them a long-lasting event where they can learn new skills. I also aimed at the spread of knowledge about people with special needs. The overall goal is always to reduce prejudices.

To combine all these ideas we built at Uuemõisa Kodu a 30m long barefoot path consisting of 13 different materials. We spent five days building it. And many more ahead, collecting the material for it. In terms of the pine cones the collecting was very literal. Local companies donated us the material and we also reclaimed a lot. I found a construction site in Haapsalu and arranged with the owner that we could use the things they would throw away anyway. Now we walk on wood from an old house by the sea, rocks from an employees garden, moos out of the beautiful Estonian forests…

Barefoot paths are very common in Germany. With the kindergarten, holiday camps and my family and friends I went to barefoot parks, which were sometimes a few kilometers long. The favorite part was obviously the mud pond. In the end, we were covered from top to bottom with mud and our neuron endings in our feet had also a good amount of stimulation on those days. With my initiative project, I wanted to bring barefoot paths to Estonia as well, and make people think about the way we usually walk.

I promoted the project with posters in Haapsalu and online. A newspaper article about the planned project also helped to spread the word about it. In the end, 19 volunteers came to help to build the barefoot path. The majority of them had never been at Uuemõisa Kodu before, nor knew where this place is situated. For some, it was also the first time to meet people with special needs. I got the feedback that it was very enriching for the helpers. They were building together with our clients and for them. Without all the voluntary help and the generous donators this project would not have been achievable.

During the building days we laughed a lot, worked hard, but most importantly, exchanged experiences. The project now results in many steps barefoot and hopefully encourages future steps towards a more open-minded society with fewer prejudices and instead more collaborations.”

At the opening a journalist also made a small video about it.

Anne is doing her service within the project Volunteering in Social Projects II, which is funded by the Erasmus+ European Voluntary Service program.