Interview with EVS volunteer Alexander from Germany10 October 2017Next 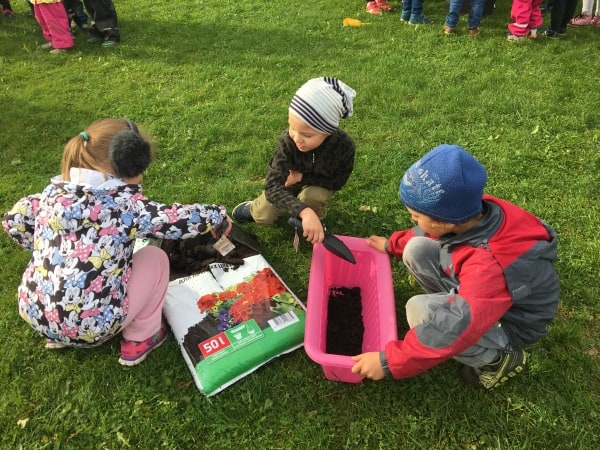 “It should be an event for the children, where they have fun and also learn something about agriculture. Especially in big cities like Tallinn children do not have so many possibilities to learn about sowing seeds, planting flowers and vegetables or fruits.”

My name is Sophia and I am from Germany. The last 12 months I lived in Estonia and did my voluntary service in Kihnu Kindergarten in Lasnamäe. In my kindergarten over 200 Estonian- and Russian-speaking children play and spend their time together. The kindergarten was opened just three years ago and we have a lot of space and opportunities to play, learn and do sports. With my initiative project, I wanted to give something to the kindergarten, that they do not have yet and which will remain for a longer period of time. I wanted to create a project, in that the children learn with their “head, hearts and hands” (Pestalozzi, reformed pedagogics). 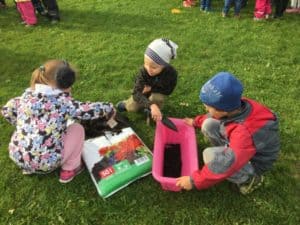 So I decided to do for my initiative project a “Lillepidu” (Flowerparty). It should be an event for the children, where they have fun and also learn something about agriculture. Especially in big cities like Tallinn children do not have so many possibilities to learn about sowing seeds, planting flowers and vegetables or fruits.

After talking with my tutor and boss we agreed, that it would be good, if every group would have their own flowerbeds, they can take care of. For that, we also needed gardening tools, water cans, seeds, and soil.

After getting EstYES’s message, that they want to finance my project together with the Kindergarten I went to the market and ordered all the stuff I needed for my project. I also planned an event for starting to use our flower beds that would bring joy to the children and interest for the topic. Therefore I planned five games at the outside area of our Kindergarten, that where all connected to the topic. After those five games, there was a sixth station, where all the children came together at our big football-ground and planted seeds.
The children had a lot of fun during my “lillepidu” and learned a lot. It was a pleasure to see, how they wanted to learn more about agriculture and how to do those things on their own. Also, the teachers of Kihnu Kindergarten really liked our day and want to use all the gardening stuff in the future as well.

After the party every group took their flowerbeds to the groups, to take now care of the plants. This way the children will see how their seeds grow to flowers and they will have a lot to talk and learn about in the next months and maybe years with their gardening tools. 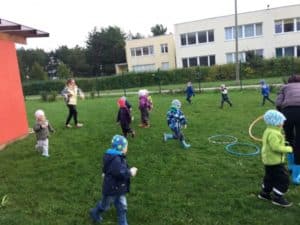