From Spain to Estonia: impressions of the ECS-project01 March 2021 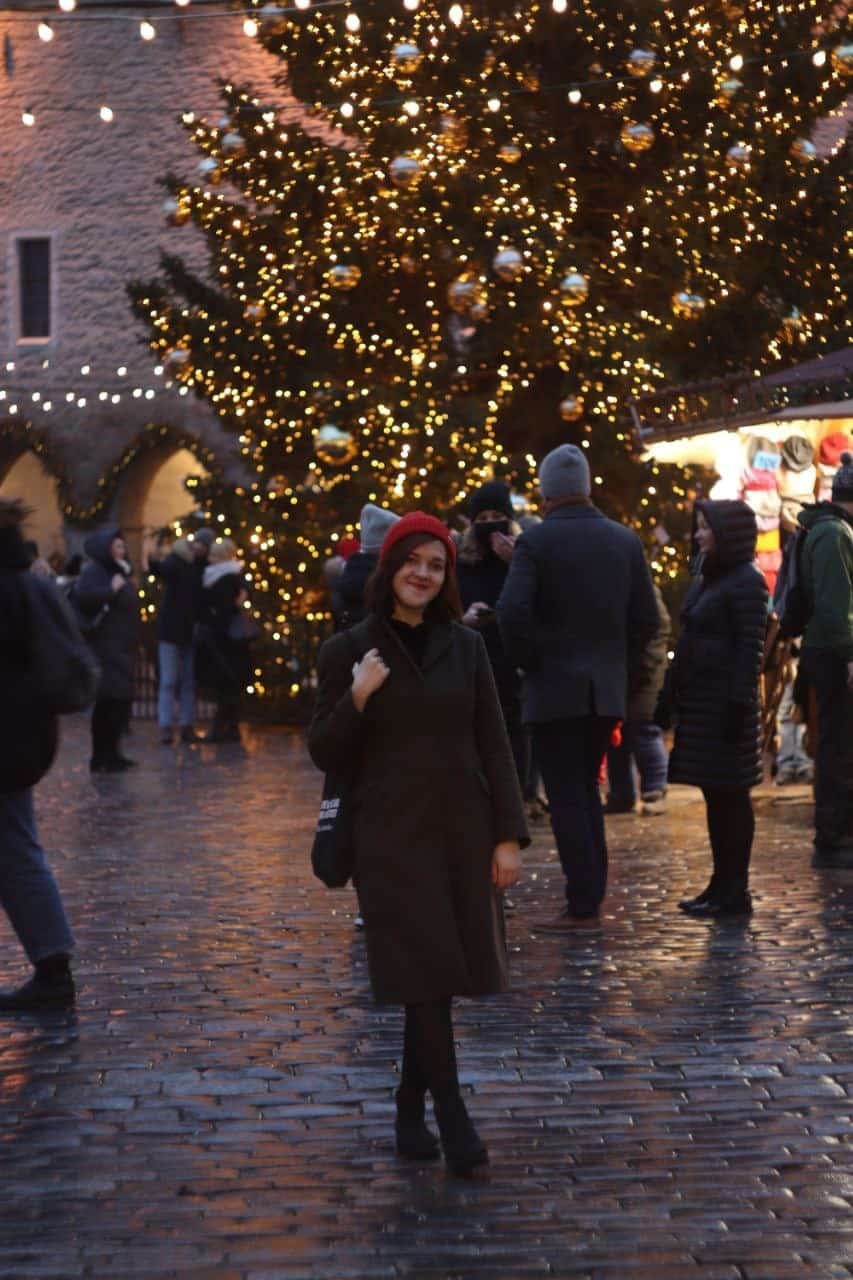 My name is Alena. I am from St. Petersburg and now I have been in Tallinn for 4 months already on the international project of the European Solidarity Corps.

I work in an orphanage for mothers and children. This is a place where people come for various reasons, for example, family or financial difficulties. Mothers and children live in this shelter for a different amount of time: from a day to several months or more, while they are looking for an opportunity to move somewhere. My task is mainly to deal with children. With schoolchildren I do homework, with those who are younger – I walk, play or crafts, play. I also sometimes help with general issues at the shelter.

I chose this project because I am interested in working with children and before I had already found myself in this area, but I wanted to develop further. Yes, there are many projects related to kindergartens and schools, but I wanted to try something new, so I decided to work at a shelter. I am interested in working in the social sphere. I wanted to learn about the social protection system in Estonia and how to work with different categories of people.

When working with children, in general, there are a lot of interesting or funny stories. For example, we have a boy at our shelter who looks at the world differently because of his autism spectrum disorder. Once, while walking, he saw a snowman, and he liked it so much that the boy began to kiss him, and then gnaw. This is the case when you are so overwhelmed with feelings that you do not know how to express them.

Also, one of the most memorable stories to me is the day when a woman from Japan came to us with a child. She left her husband, and in the morning she had a plane to Tokyo. I was asked to escort her to the airport. I also visited the Japanese Consulate before that. This woman thanked me very much and asked me to write if I was in Tokyo. The Estonian police even gave me and the tutor gifts, because we helped the foreign citizen to safely leave for her country. I don’t think I did anything special, but of course, it was very pleasant to receive a gift.

The impressions of the project from the very beginning were mostly positive. I didn’t expect everything to be perfect, because obviously, it’s not like that. But I was lucky and everything was almost as I wanted. I like the project and what I do. I felt at ease even at the time of the interview when I spoke on Skype with a tutor and asked about the shelter. A pleasant feeling when you immediately find contact with a person and understand that you would work with him. So in the end, it happened. I also talked with volunteers who were on my project before, and they also said that the project was cool and I was lucky. Now I really realize it.

About the life of a volunteer in Estonia

Of course, there are difficulties in volunteering. I would not even call it a minus, but there are situations where you need to look for a compromise. We all communicate with each other, with someone we live in the same apartment. We all have our own culture and habits. Therefore, sometimes you need to agree on something and discuss some points. But these are all small things. 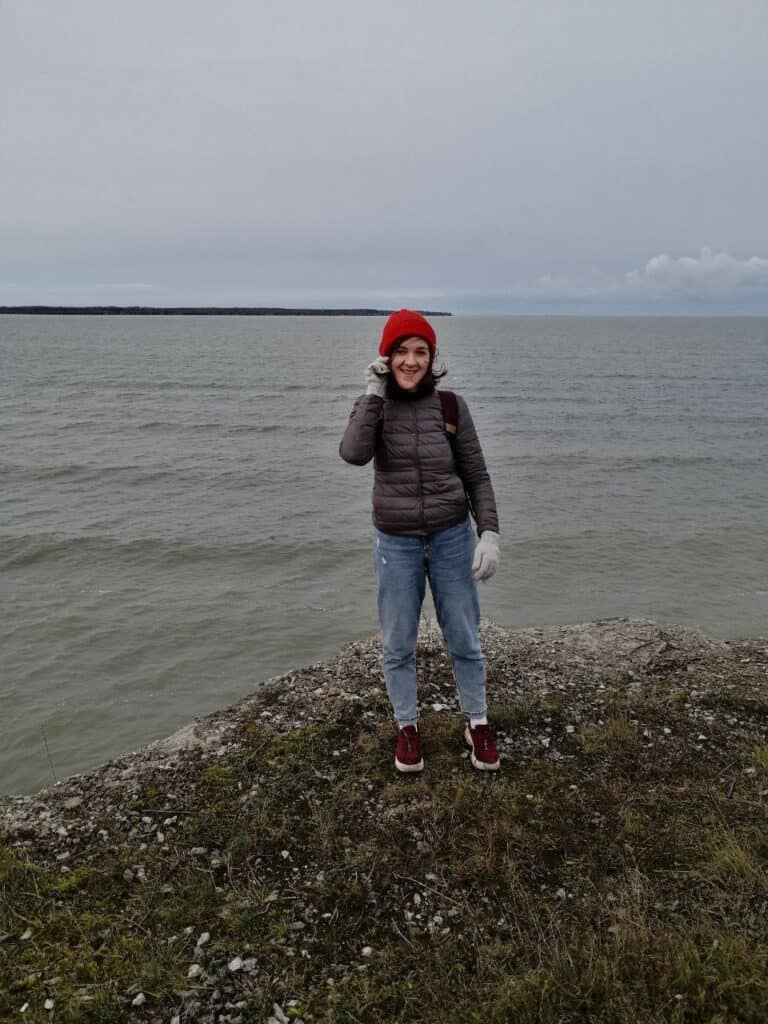 If we talk about language barriers, then yes, we have mothers from different countries, but 80% of them are Russian-speaking. If someone does not speak Russian, they almost always know English. Maybe sometimes I don’t fully understand something if they only speak Estonian well, but I know that there are other employees of the shelter who will always help. Sometimes I hear a familiar word in Estonian, for example, vabatahtlike (volunteer), and I think: “aha, this is about me!”, And then again there is a stream of incomprehensible words. But that’s definitely not what gets in the way. In general, it is very comfortable in Estonia if you know Russian. I think in everyday matters, for example, going to the store, at first it is a little more difficult for those who come only with English.

I know that there is a stereotype that Estonians are closed and cold. I’m not sure about that. The people I work with are very funny, positive, they like to joke. They are always interested in my business, and we can talk about different things. Rather, it is not closeness, and not a willingness to immediately make contact and quickly accept into your company. For this, Estonians need time. I was not able to get to know them, for example, in a bar or anywhere else. If we sit with our own company, then guys from other countries often join us, but not Estonians.

I really like Tallinn! I especially love the embankment. I’m a fan of the sea. This place always helps to clear thoughts and relax. I also love the Monastery of St. Birgitta – these are ruins of the 16th century. There are concerts and other events, but I go there when no one is around. In a way, it is some kind of place of power.

In general, before the project, I had already been to Tallinn, so there was nothing very unexpected here, but I learned a lot about culture. And, you know, through the eyes of a tourist Tallinn is one, but if you live here – completely different. The city was bigger than I thought, and I was impressed by its diversity. Here you can have a good rest with friends, there is where to walk, but you can also be alone with yourself and nature.

In general, my expectations from the project even exceeded myself in some way. The most important experience is communicating with people from different countries, with different stories. This also applies to work and volunteers. On such a project, you learn to understand that people are different. There is no need to strive to remake someone. In general, it is cool to communicate with people and learn the culture of the country better not from a guidebook, but by talking to people from here. International volunteering is about acquiring new work skills, acquaintance and fun. So, I believe that if you want to try, then you must definitely choose the project you like (namely the project, not the country) and take the risk of going.