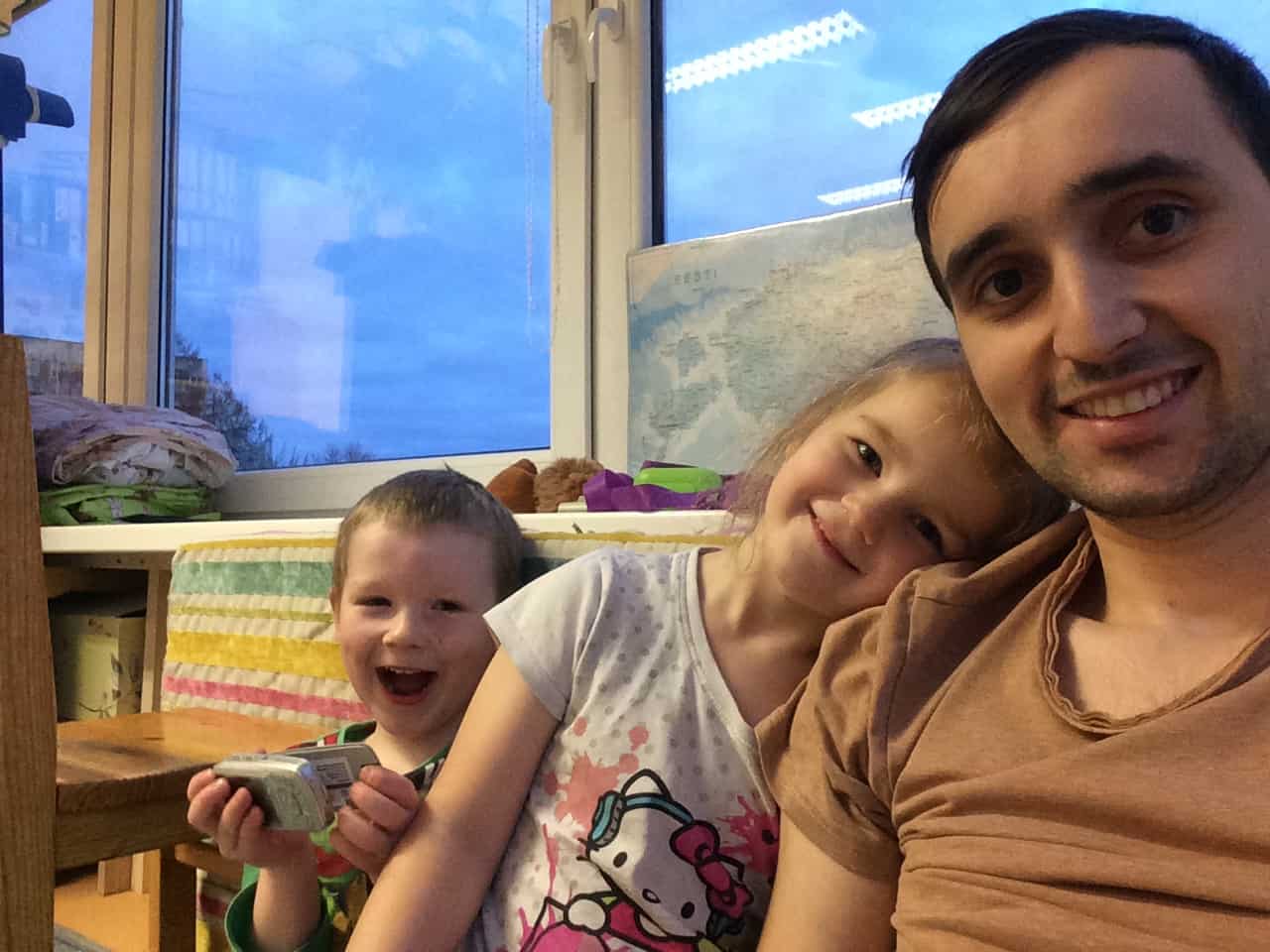 Kerim is a 25-year-old from Turkey, who is a volunteer at Kindergarten Punamütsike in Võru. He applied for this voluntary project because he had volunteered in projects before and wished to volunteer in the field of education. Through this work his goal is to have an impact on the youth, as they will become valuable members of the society in the future. He has been in Estonia for 8 months. EstYES did an interview with Kerim about his impressions of Estonia.

I have tried some of the dishes but I cannot say that I am very fond of the Estonian cousine. However, there are many desserts that I like eating very much, such as Kringel (my favourite), Mannavaht, Vastlakuklid and Meekook.

And also Kohuke, it is a great snack. When I arrived here and asked people what I should eat for something traditional, the first thing they said was Kohuke. When I shop, I always buy some, especially the strawberry ones are the best ever (at first you might not like it at all but give it another try and you will see that it growns on you)

I will definitely take Kringel and some Kohuke with me for my family when I go back.

This is not one person but I couldn’t seperate them if I had the chance, so it would be the authors Epp Petrone and Justin Petrone. I have read some of their books and quite enjoyed them. The books that they wrote (Minu Eesti and Minu Amerika series) helped me understand get to know more about the country from a different perspective.

It is definitely Oota which means ´wait`. When it is said to me, I can’t help laughing because it sounds very funny to me. It is also one of the most used words in the kindergarten.

I adore the incredibly well maintained nature preserves throughout the country.

As I grew up in Istanbul where there are no forests and lakes, it is so fascinating to be in a country like Estonia. The countryside is mesmerisingly beautiful. Before I came here, I had never gone for a hike and I ,in short, loved it. In the forest you can see many holes that animals live in such as badgers, foxes, wolfes like you see in documenteries.

And as I like to call it, Estonia is a country of beautiful lakes. Whereever you go, that city has a lake which is an interesting fact. My favourite one is Rõuge Suurjäv that is the deepest lake in the country with a great view.

All the countries I have been to, never have I seen a country this green before.

Speking of which, picturesque Rõuge is undoubtedly the most beautiful town I have been to in my whole life. I can not define its beauty in words, hence you should see it yourself, especially in spring. It’s crucial that visiting Rõuge must be your first priority if you want to visit a non-city place in Estonia.

Also there is a city called Valga which is a border city basically. For a person who comes from Schengen area, it might not be as intriguing as it sounds but for others, you can be in two countries in the same breath which is pretty cool.

To visit, I have a desire to go to Saareema (the biggest island of Estonia). I was planning to visit it in May but because of the pandemic I couldn’t. I hope before I leave I will have the opportunity to do so.

Besides that I will visit Setomaa. In Vorumaa, you have the opportunity to hear a local language which is different from estonian and for this purpose I want to go there. It is so great that there are such languages and people try to protect them from extinction.

The sauna culture is insane. In Estonia, people take saunas very seriously. Especially in winter, first you go in the sauna but before that you must strip down to your birthday suit and then stay there for up to 10 minutes while you get whisked with dried leaves and after that you jump into an almost frozen lake. The lake part is literally one of the most difficult things I have ever done, yet it is an amazing experience every time.

Folk songs are spectacular and I really like the traditional dances and the costumes. I see that music and dancing play a big role here in people’s lives. I attended Voru dance festival and met a wonderful person whom I am still in contact with and became friends.

However making friends as a foreigner is not that easy. I must say that, in my opinion, people are distant, sometimes even inapproachable. When I talk about this, people say ‘normaalne’, it just takes time.

Good thing is that even though it is hard to get to know them personally, whenever you need help, they will help you no matter what. Estonians are helpful, so I believe when you really break the ice, then they become more relaxed with you. You just need to be patient.

Another thing I can add is that people almost always obey the rules like queuing, in the traffic, in a bank or the government office, for me this is also interesting because in my country it is not always like that. Also you as a pedestrian have to wear a reflector in winter due to poor visibility.

Is English enough to get around Estonia?

I live in a small town called Võru. And yes, it is enough. Whereever you go, you can find someone who can speak it. So it must be a lot easier in the big cities or around Estonia.

How safe do you feel here?

Frankly speaking, I feel safer than in the city where I used to live in terms of walking around and living conditions. I have never had any problems with safety. There are sometimes some drunks interestingly in remote areas but they just mind their own business, not a big problem.

What did you imagine Estonia would be like? Did it meet your expectations?

Before I came here, I let everything flow. I knew about the country but didn’t do any research before coming because I wanted to discover it this way and the time showed that it was the right decision. In almost every aspect, it has met my demands.

What’s your favourite place in your city so far?

Randuri Pub, great atmosphere and cheery staff. It can be a bit pricey for a volunteer but it is worth every penny, except the hot chocolate though.

What kind of free activities can you do in your city?

I don’t know if this is free but there was a dance course that I participated and nobody asked for money. So taking part in those kind of courses might be government supported. Also again dance related, some cafés organize dance events that are free to attend.