Volunteer Kerim’s impression of Estonia13 May 2020 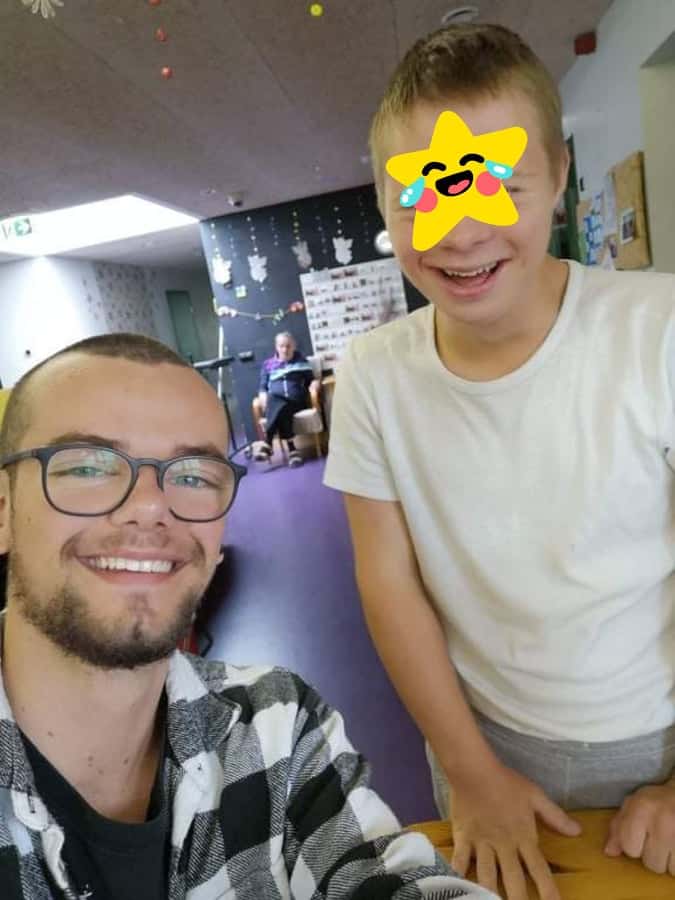 Quentin is a 21-year-old from France, who works as a volunteer at a centre for people with special needs in Tõrva. After he had done civic service in France, he decided to become a volunteer to help others. Quentin likes that by volunteering he learns about himself, lives in a foreign country and feels helpful to others. He has been in Estonia for 7 months. EstYES did an interview with him about his impression of Estonia.

I don’t know, to be honest, Estonia doesn’t have that much special or cultural recipe, or maybe I haven’t tried yet but it would be surprising. Perhaps I would try to prepare some borscht or something like this.

I think it would be with the music band Puuluup. I never heard that’s kind of style before, because they are using old Estonian music instruments, and the way it sounds it’s absolutely amazing. It would be really interesting I think.

“Kuulilennuteetunneliluuk” is a good one, because it is also a palindrome meaning that it is exactly the same read backwards! However, it isn’t really a word as such, it’s more of a compound word created by joining smaller words and means something like “hatch of a bullet pathway tunnel”.

Everything. Estonia has really good landscape everywhere you go. Forest, lakes, bogs. Bogs! Before I came in Estonia, bogs were just some muddy places, here nobody could go. But I was wrong, bogs are so interesting. During my mid-term training, we went to frozen bogs, walking on frozen lakes with snowshoes, with in front of us a gorgeous sunset. That was a magic moment. In Saaremaa, an island on the north-west, we went with two co-workers, Pavel, my previous flatmate, for the first snow in November. The forest was covered by snow, everything was only white and bright. It was one of the most beautiful things I’ve ever seen. It was like on the TV show about nature I watched when I was young you know. But at this very moment it was just in front of me and my eyes.

I think it would be Narva, because I never been in this city. I look forward going there, but actually with the “lockdown” it’s kinda complicated. Otherwise I think I want to go everywhere I have not been yet, little hamlet, little town… I’m not a huge fan of the huge city with a lot of people everywhere.

A lot of things due to the change of scenery. I mean, people are really warm and in the same really distant from each other. It’s kinda complicated to explain. I like the way people don’t care about anything you know. I don’t want to generalize, but in France, a lot of people are judging every time, everyone. Here, it’s different, nobody will judge you, and I really, really appreciate that. I can focus myself more and the things I like to create without being judging by someone. Also, the landscape as I told you. I really didn’t expect that. I knew northern countries were really beautiful, but I didn’t know it would be that much. At last, I would say the language. It’s not that hard as it may seems. I don’t speak a really fluent Estonian yet, of course, but not because it’s hard, just because I’m kinda lazy, my bad. But at least I know how to communicate.