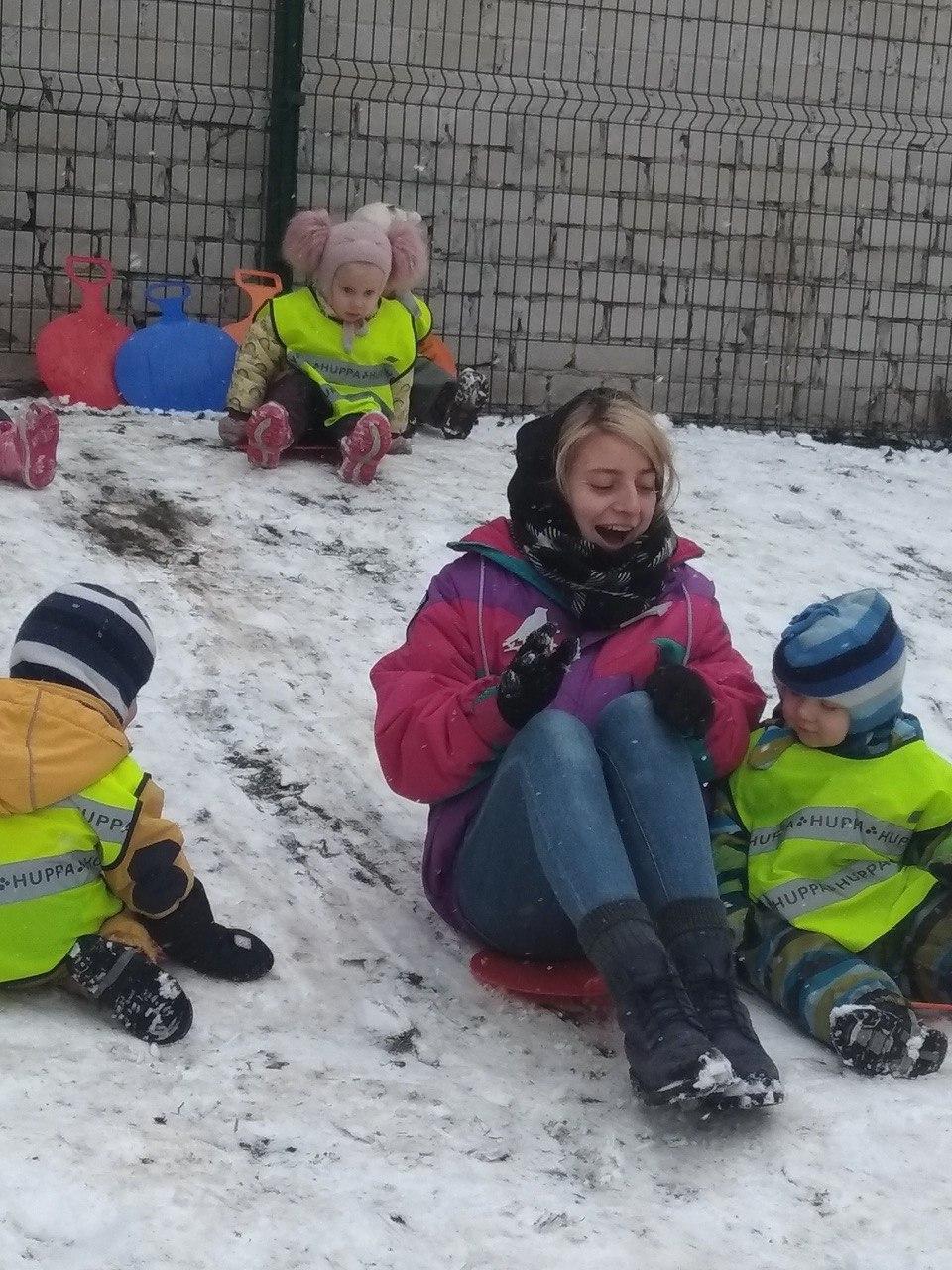 Emma-Charlotte is a 19-year-old from Germany, who works as a volunteer at Tallinn kindergarten Kullerkupu. She became a volunteer to dive into another culture and understand more. The thing she likes about volunteering is that she can share her culture and knowledge with other people. Emma also mentioned that voluntary work abroad makes her see her own culture with different perspective. She has been in Estonia for 7 months. EstYES did an interview with Emma about her impressions of Estonia.

Since I am a vegan (but here more vegetarian) I would like to present something vegetarian for my family. And I really like mannavaht as a desert. I am always happy if we have in kindergarten as a desert.

I am not so into celebrities and stuff, so I don’t know many celebrities, but I think a dinner with Tommy Cash would be super crazy. I really like his music and I guess with him you would talk about unusual stuff and it would be funny/crazy/unexpected.

I guess my favourite word is õde. Or at least it is in my mind right now. It sounds so soft and lovely. It reminds me of the German word Ode. In German Ode is a poetic song. It is to express your enthusiasm about something or to honour something. And whenever I hear the word õde I think about the German meaning and about my sister.

Here is so much nature and people really care about it. I am impressed by that. I like how green everything is, at least right now after the wintertime and I am in love with the forest. And the fact that you don’t need to decide on forest or beach. That you can have both. Forest and beach super close together. It’s a good place to clear your mind and to escape from the city from time to time. In Germany I would never take a walk in the forest. Since I lived next to the biggest lake in Germany I would walk there or at other places, but not in the forest. Here I learned how nice a forest is and how good for you soul. Maybe I will change my opinion on German forests after this year.  I think the point I like the most about the nature here is: there is so much nature.

I would like to go to the lake Peipsi. I just saw the lake on the map, and it is so huge! Since I grew up next to a big lake I tend to search for water. I also would like to visit Setomaa, because I heard the culture there is really unique and different from other parts of the country.

When I came here, I was so surprised that all the stores are open on Sunday. Maybe it’s because of religion or just tradition, but in Germany you cannot go shopping on a Sunday. Everything is closed. I was super surprised to see that here. But I like it a lot. It will be difficult to be back in Germany without the possibility of going shopping on a Sunday or on the thousands of holidays my county has.