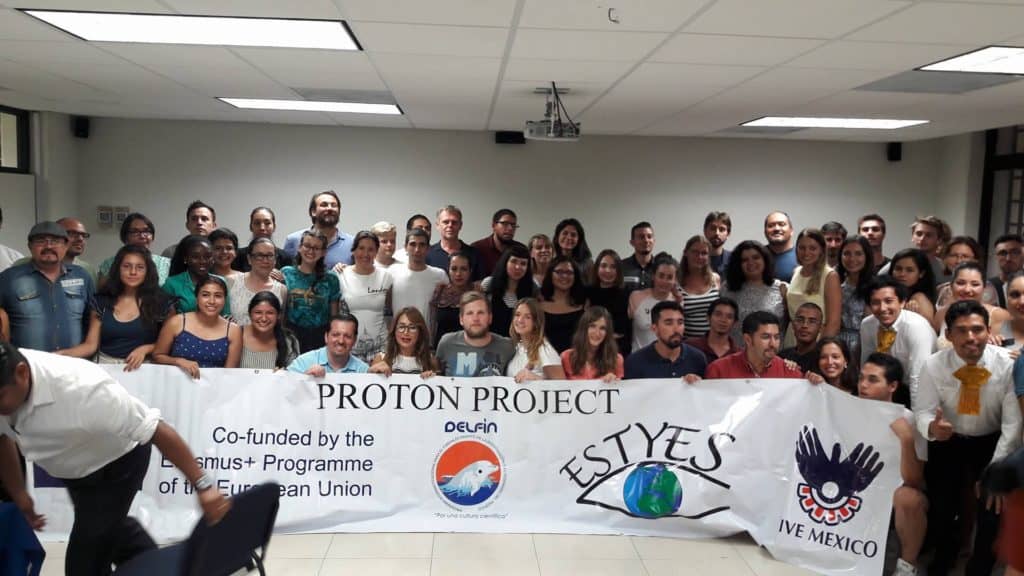 The project’s goal is to establish a space for dialogue between the youth, private and government sectors with specific attention to Europe and Mexico/Central America so to work towards:
• Acknowledgement of NFL as a vital element in the formative professional path of young people
• Recognition of NFL by formal learning institutions, market actors and government institutions
• Enhancement of the capacities of young people through engagement with NFL activities so to create multipliers and increase awareness of the value of NFL
• Establishment of a dialogue between representatives of the youth, government, educational and market actors to better coordinate NFL training activities and integrate them into the formative path of young people
• Formalisation of the above mentioned training approach into a tool that can be used and integrated into formal and non formal training

This is achieved through implementation of:
• Youth trainings
• Job shadowing
• Youth conferences (involving representatives of government, universities and private sectors)
• Preparation of Handbook on formal/non-formal interactions

The goal above will be met by engaging with a series of objectives.

Increase and secure high quality of youth exchanges, and cooperation mechanisms between two major regions of the world. This is expected to impact also the quality and recognition of youth work, and its potential, at the regional and international level. On the one hand Europe has shown a wide interest for NFL and volunteering. On the other hand Mexico is an emerging reality with high attention for non formal learning and unprecedented allocation of resources and can act as a catalysis for the Central American region, which is keen to follow.

The above objective will contribute to promote strategic cooperation between youth, public and private sector actors with specific attention to Central American countries, establishing a link between market forces on the one side and organisations producing workforce on the other (through formal and informal education) under the auspices of government actors.

This will work to internationalisation of youth organisations, their capacity to innovate and develop new mechanisms consolidating the role of NFL mobility at the regional and international level and will be functional to promoting mobility between European and regional partners, allowing them to learn from one another how to better foster participation in societal change and social innovation

Conceptualise, develop and launch a new tool for the professional development of youth workers, trainers, and in general multipliers. The tool (handbook) will be used to better explain the role of NFL to formal learning institutions and market labour forces, thus becoming a further element for recognition of NFL approaches in the target region

Our methodology makes use of non-formal learning across all activities with use of creative methods, coaching participants through reflective exercises, contact sessions, energizers, cultural exchanges and games with the goal to help integrate them into the group, boost their emotional intelligence and learning, dwell on participants’ skills and experiences to increase their understanding of different realities, cultures, and approaches to an issue. At the end of each working day participants will be asked to reflect and evaluate the outcome of the sessions together with the trainers and steering group.

By doing this, we involve young people through (individual and group) mobility activities, while prompting a reflection on the way to use newly acquired skills on the job market. This is made possible through involvement of other sector’s (private, public) actors and identification of mechanisms to make this multi-sectorial interaction regular while identifying good practices that can be classified and serve to next projects.

While doing this, we expect to involve nearly 200 young people in various aspects of mobility, over 1000 with international and local conferences and 64.000 indirectly

In terms of impact we expect to:
Foster a two-way dialogue with private sector partners, to better understand what elements and aspects of NFL can benefit the training of young people and their preparation to compete on the job market (or their capacity to become market forces themselves by creating a company).

Use this experience as a good practice and call for a dialogue with government structures for a better integration non traditional learning path. This can be done by either the creation of mechanisms embedding NFL into formal learning or fostering interaction between formal and non formal learning where NFL becomes clearly recognised by government institutions.